PSG had looked at luring Neymar last year with around £150 million. This report claims the Brazilian is worth around £35 million more than the French giant’s estimation. His teammate Messi is valued at £134 million even though the Argentine is not likely to exit the Nou Camp in his prime. END_OF_DOCUMENT_TOKEN_TO_BE_REPLACED 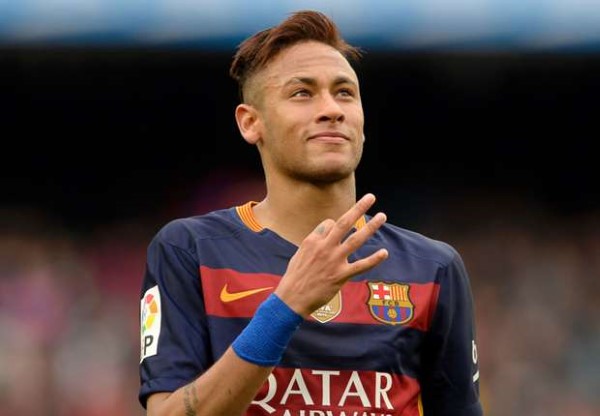 He believes that Barcelona is the right team if you want to win the Champions League again. He said that there are so many players that have won the trophy more than once with the Spanish team and this is what he wants to achieve also.
END_OF_DOCUMENT_TOKEN_TO_BE_REPLACED

There has not been much of a winter break for the Spanish clubs – especially Barcelona due to their involvement in the Club World Cup – but this does not seem to affect Luis Enrique and his men.

The manager was recently named as the coach of the year at the FIFA Ballon d’Or awards. Despite many being sceptical about his appointment, Enrique managed to match the achievements of great managers like Pep Guardiola by winning a whole host of trophies in one campaign. Repeating the feat will be a major task, but Barcelona appear to be in a strong position as far as defending the league is concerned.

The club are up against Granada just a few days after the 4-1 win over arch rivals Espanyol. Enrique has called for focus from his players and also not to underestimate the opponents. Three points will be a major necessity for the club after having recently conceded the top spot in the la Liga to Atletico Madrid. The latter have been able to go two points clear by virtue of playing one game more than the Catalan club. Barcelona have recently been strengthened by the arrivals of several young players and Arda Turan. The club have been unable to complete the signing of the former Atletico Madrid star due to the transfer ban, which has now been lifted. END_OF_DOCUMENT_TOKEN_TO_BE_REPLACED